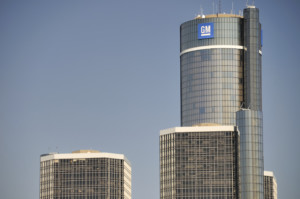 The announcement came Monday after the U.S. government told the automaker it had to recall 6 million of the vehicles in the U.S.

GM says it will not fight the decision, even though it believes the vehicles are safe. It will cost the company an estimated $1.2 billion, about one third of its net income so far this year.