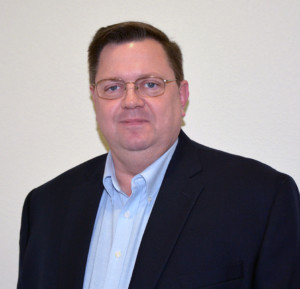 Fisher, AMAM, replaces Dan Risley, who left to pursue an opportunity in his home state of Illinois in July.

Beth Risch has served as ASA’s interim chief operating officer while ASA’s Board of Directors conducted an extensive search.

“I appreciate the opportunity that the ASA Board of Directors has afforded me,” Fisher said about leading the 67-year-old organization, “And I look forward to serving the independent automotive repair industry.”

“We are at a critical time in our industry where involvement plays an important role. Education and training are no longer an elective but required. Trade schools were forgotten, technology can be overwhelming, and we have an aging workforce that is faced with some difficult decisions. ASA can help lead the industry in addressing those challenges.”

ASA Board Chairman Roy Schnepper, AAM, said the board felt Fisher distinguished himself in several categories that led to his selection.

“The ASA National Board considered many variables in choosing our next executive director,” said Schnepper. “After reviewing approximately 80 resumes, the search committee of Bryan Kelley, Jim Keller, Robert Redding, Darrell Amberson and myself narrowed it down to three well-qualified candidates and presented this to the board of directors at the November board meeting in Las Vegas. Ray’s broad industry background and long association experience as executive director of the ASA-Michigan affiliate made him the best candidate. We welcome Ray to his new role and look forward to working with him to grow the association through his knowledge and dedication to serving our members.”

Fisher, who has served the industry in varied roles, has been president and executive director of ASA-Michigan since 2010. In addition, he served as a body shop manager for more than 20 years, assistant parts manager, and an expert witness for a local law firm regarding collision repair and processes.

With formal education in business administration, Fisher is an Accredited Automotive Manager (AAM) and an Accredited Master Automotive Manager (AMAM). He has extensive legislative experience, driving key issues for ASA-Michigan members on sales tax issues and shop licensing. His recognition and contributions to the organizations he served have resulted in numerous awards, including the ASA Affiliate of the Year Award in 2018, ASA Legislative Award in 2015 and 2016, as well as the I-CAR Founder’s Award.

Fisher can be reached at rayf@asashop.org.

Schnepper added, “I’d also like to thank Beth Risch for her service as interim COO during our search process and look forward to continuing our relationship in her consulting capacity.”

The Automotive Service Association is the largest not-for-profit trade association of its kind dedicated to and governed by independent automotive service and collision repair professionals. ASA serves an international membership base that includes numerous state affiliate and chapter groups.

ASA advances professionalism and excellence in the automotive repair industry through education, representation and member services. To take advantage of the many benefits of membership in ASA, please visit ASAshop.org or call (817) 514-2901.