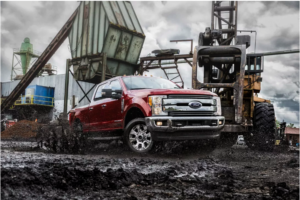 Not only will thousands of Ford F-Series Super Duty pickups need to go back for potentially buggy daytime running lights, as a recall detailed earlier this week, but the automaker also announced a larger campaign for the truck.

The National Highway Traffic Safety Administration had already opened an investigation into this issue.