Cars.com predicts Top 5 trends that will shape next decade in automotive

The next 10 years will lay the groundwork for the next century for car shoppers & sellers. 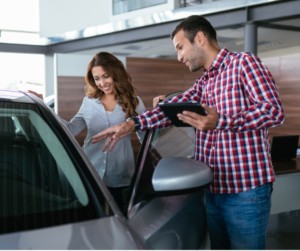 As we enter a new decade, Cars.com today revealed its top predictions for the trends that will most impact car shoppers and sellers.

Increasing consumer expectations, connected technology, rising loan prices, a pivotal presidential election, and an infatuation with electric and autonomous vehicles will shape automotive and result in a markedly different experience for consumers.

The Cars.com predictions for the next decade in auto delve into five core areas with additional insight provided by Joe Wiesenfelder, executive editor of Cars.com and a 25-year automotive expert:

The eCommerce Race – Who will be the Amazon of Auto Retail?

As new competitors are entering and disrupting auto retail, car manufacturers are attempting to sell online, and car dealers are adopting new technology to change the car buying process forever. But due to the expensive, personal and emotional nature of the car purchase, in the next decade most consumers will still want and need to “touch” and “feel” their new vehicle before collecting the keys. By tapping into advanced technology on the market that better connects the online and in-store experience, car dealers are best positioned to dominate this space.

“Car shoppers will begin to see eCommerce collide with the in-store experience. We anticipate most of the vehicle transaction will move online in the next decade, but shoppers will still be working with dealers – it just may look different than it does today. I can see a world where we’re going to the local dealership to check out the latest in-car tech, much like we go to the Apple Store to experience the latest smartphone.”

‘Score Boarding’ in an Affordability Crisis: My Finance Terms Are Longer Than Yours

ICYMI: We are in an affordability crisis with new car prices reaching an all-time high and we expect this to continue. As a result, six-and-seven-year car loans are the new normal as opposed to the four- or five-year loan which has dominated for decades. To ease the pressure on Americans’ wallets, we expect more consumers to consider leasing and predict certified pre-owned car (CPO) sales will continue to grow.

“Consumers have willingly taken on more debt when it comes to buying a new car but shouldn’t be fooled into thinking there are no other options. This is the ‘upgrade generation’ where consumers are used to upgrading to the latest tech and devices every couple of years; that, coupled with smaller monthly payments, should lead to more leased vehicles. And certified pre-owned cars are an excellent option for consumers looking for a new-car alternative and great value.”

Next Decade on the Bachelorette – A Proposal Like We’ve Never Seen: Detroit Pops the Question to Silicon Valley

The dream of having our cars become a supercomputer or our “mobile command center” of life has been around for years. In the next decade, cars’ operating system and hardware could both be updated, allowing older cars to remain as safe and capable as the newest cars on the lot. To meet the needs of the consumer and enable more wireless updating, Detroit will have to adopt the technology, speed and agility of Silicon Valley. In return, Silicon Valley needs to take the time to understand the complexities of Detroit’s ripe knowledge of the auto industry.

“I think we will see more high-tech integration into cars to meet the needs of the changing consumer. We expect our electronics to be automatically updated and fully connected and it’s not a far cry to expect the same from our cars. A couple of manufacturers are already doing this, and we anticipate additional automakers will follow suit. It could ultimately lead to an ‘immortal’ car being born, but that would require a fundamental change in philosophy from the current model, which is planned obsolescence and replacement.”

The Incredible Rise of Electric Vehicles and Autonomous Cars: Just Enough to Disappoint

Electric vehicles will continue to grow but they will not be mainstream in the next decade, while autonomous vehicles can’t get out of the test phase. Electric vehicle use is rising in urban centers as costs go down, but overall use in the country will continue to lag due to consistently low gas prices, lack of public infrastructure, the recent EPA/California ruling and pending trade wars. Autonomy is a whole other issue with similar missed expectations. Consumers think it’s naptime from the driver’s seat, but in reality the current driver-assist features are the extent of autonomy that are as likely to cause frustration as provide relief. Technically, nothing is stopping a fully-autonomous car from driving down Main Street today under favorable conditions, but we don’t foresee widespread adoption and affordability for the average consumer in this decade.

“Electric vehicles are closer to mainstream adoption than autonomous vehicles, but you should temper any future expectations you have for either of them.”

The auto industry has its own development cycle that is not directly affected by the party in the oval office. However, there are policies an administration can enact that directly impact the industry and consumer costs.

“It’s a misconception to assume that a presidential election will directly impact auto, but this one is unique. While auto sales have peaked, and we anticipate a drop-off in 2020 – unrelated to the election cycle – we could see further impact on sales if tariffs on foreign-manufactured vehicles or parts are increased. However, because of ongoing negotiations with China and resistance from many sides, it is less likely additional tariffs will be enacted in this election year. While some automakers claim to have made small changes in anticipation of the United States Mexico Canada Agreement (USMCA), that legislation has not been ratified in the U.S., and it might not clear a divided Congress. Even if it does replace the North American Free Trade Agreement, we suspect its effect on domestic manufacturing and future installments of the Cars.com American Made Index will be more evolutionary than revolutionary.”