The tagline of the new ASA Podcast defines the content as keeping ASA members and the industry at large abreast of “What’s Now, What’s New & What’s Next” in the business of automotive service and collision repair

(To listen to the first ASA Podcast, CLICK HERE.)

“We’ve been listening to our members and asked for their feedback on what they liked and felt would improve their association,” said Ray Fisher, ASA’s executive director. “One message that came through loud and clear was a desire to hear more about what ASA is doing to advance the service and repair industry.

“The podcast format was quickly identified as the way many liked to receive this type of information quickly, easily and cost-effectively to complement our current ASA app, social media and online information resources.” 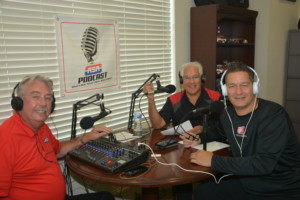 The ASA Podcast Series premieres with an interview of Jeff Buckley of My Father’s Shop Certified Auto Repair in Midlothian, Texas, and Frank Leutz, of Desert Car Care in Chandler, Ariz., two ASA member-shop owners who have embraced some of the latest communication technology to engage the industry and consumers. Their thoughts and comments not only explain the value of this type of outreach, they offer listeners a blueprint for getting involved themselves. 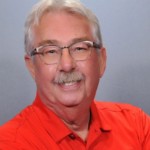 “I’ve heard podcasting is the new blogging,” Molla said. “I have been a communicator my entire career. Having worked with both print and electronic media, the ASA Podcast is the natural evolution of what’s next in our outreach efforts.

“Jeff and Frank represent what’s next in using the capabilities of all types of social media to drive business and improve engagement with their customers and colleagues. They represent the many ASA members who don’t just make a living, they make a difference!”

The ASA Podcast series will serve a variety of uses, Fisher said.

“Beyond the primary purpose of delivering information in a convenient, audio format that can be enjoyed while driving or accessed 24/7/365 through a smartphone,” Fisher said, “we see this podcast capability as something our Affiliates can use as a cost-effective way to promote their events, record panel discussions, and spotlight ASA members in their local areas, just to name a few possible applications.” 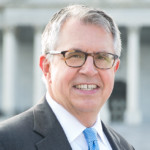 Fisher said Molla is already coordinating with ASA’s Washington, D.C. representative Bob Redding about using the ASA Podcast to deliver timely, legislative news and information to ASA members and aid our advocacy efforts at the state and national levels.

“With cybersecurity and data access being two large concerns, I believe this will enhance our way to keep the industry informed, and with Tony’s skillset in this area, we’re taking ASA to a new level,” Fisher said.

The weekly ASA Podcast is available on Apple, Stitcher, Spotify, Google and Amazon Alexa, or wherever you access your podcasts. 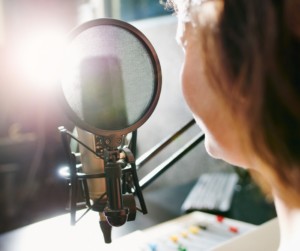 “Our first podcast with Jeff and Frank is longer than what future ones will be, but we had two individuals sharing their wisdom and I didn’t stop them!” Molla said. “The typical ASA Podcast will be about 10-15 minutes long. We plan on offering a variety of content that will vary in length.

“The ability to listen and learn, hear what others are doing to meet challenges, or just stay informed was high on the want list in the feedback we received. We believe the ASA Podcast will help drive better engagement with our existing members – and those who are thinking about joining ASA – to become more involved in their industry. At the end of the day, ASA is all about serving its members, and our new ASA Podcast series is designed to check all the boxes. It really is what’s now, what’s new and what’s next in itself.”

ASA advances professionalism and excellence in the automotive repair industry through education, representation and member services. To take advantage of the many benefits of membership in ASA, please visit ASAshop.org or call (817) 514-2901. Access our new mobile app by downloading on iPhone and Android devices. For additional information about ASA, including past news releases, go to ASAshop.org or visit ASA’s legislative website at TakingTheHill.com.