Are you adhering to the 300 Percent Rule? If not, here’s why you’re doing your customers a disservice. 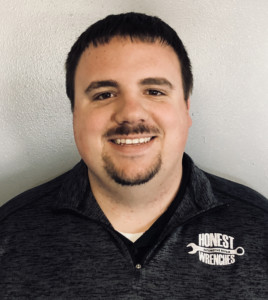 In the seven years that I’ve been in the automotive repair business, I’ve learned many lessons. One that really hit home concerns inspections.

When I opened my shop in 2011, our inspections were not all that great. We would look the vehicle over to see what we could sell. But as we gradually got busier, inspections weren’t our top priority. We were more concerned with accomplishing the repairs coming in.

Back then, we’d run average repair orders (ARO) of about 280-300 on a regular basis. We thought we were rock stars, and in about 2014, we began using an inspection sheet to properly inspect vehicles. If we had time, we’d do them. But not every car would get an inspection.

When we only provide the customer with an estimate for what we think they might buy, we’re determining how much they’re going to spend. In reality, it doesn’t matter what they are going to spend or how much money they have. What matters is that we provide them with the information they need to make an educated decision.

In 2017, we began performing digital inspections. Our inspection times now run about 45 minutes per vehicle, which includes a test drive. We used to beat ourselves up because we didn’t think we could take that long. But it occurred to me that if I went to a doctor, and they couldn’t take that long, I’d think twice about going there for my healthcare.

We are doctors in the automotive repair industry, and we can’t afford not to spend the time to perform a thorough inspection every time. And it began paying off in ARO, which rose from 400, to 500, to 600 and is now holding steady at around 750-850.

Still, when I began asking other industry professionals about their policies for performing inspections, a common answer was, “We’ll do a soft inspection and see if they bite on a few easy items, like an air filter or a tire rotation.”

My analogy to them was, what if your daughter is in college out of town, and she knows that you can do the air filter and tire rotation, so she declines that offer? Later that night, she’s out to dinner, has a couple of drinks and while driving home, she’s pulled over for a nonworking license plate light and is charged with operating a vehicle while intoxicated.

Next day, she calls your shop and complains because you didn’t tell her about the license plate light? (Disclaimer: I don’t condone drinking and driving. This is just an example.)

Whether or not the customer purchases the items you recommend should not determine whether you protect yourself, and the customer, by performing an inspection on their vehicle, every time, and writing a full estimate and giving it to them.

Implement the 300 Percent Rule in your shop today!