How high will gas prices go this year? 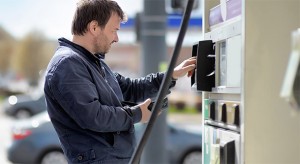 With the price of crude consistently increasing, so have gas prices because crude oil accounts for more than 50% of the price at the pump. Nearly 40 state gas price averages are already more than last year, with half of those averages seeing double-digit increases.

“Crude, not demand, has been the main factor driving gas price increases this year,” said Jeanette Casselano McGee, AAA spokesperson. “Today’s average is $2.51, which is just seven cents less than the most expensive national gas price average in 2020.”

Demand has averaged 7.7 million b/d since January. The last time it measured below 8 million b/d during the first six weeks of the year was 2001.

Just how expensive gas will get this year is largely dependent on crude price and demand. The price of crude is still $10–$12/bbl less than when the national average was last near $3/gallon in 2018. In order for prices to be that expensive again this spring or summer, AAA believes that a major spike in demand, returning to normal peak driving season levels, and crude sustaining at very high prices will be required. At the close of Friday’s formal trading session, WTI increased by $1.23 to settle at $59.47, which is the highest settlement price since January 2020. The rise in crude prices occurred after the Energy Information Administration’s weekly report revealed that total domestic crude inventories decreased by 6.6 million bbl to 469 million bbl, while total refinery crude utilization increased slightly from 82.3% to 83% last week. If supplies continue to tighten, as utilization increases, crude prices could continue to climb this week. Moreover, frigid and icy weather in the Southwest has taken 2 million b/d of refining capacity off-line and shuttered approximately 1 million b/d of crude production in the region. The closures are expected to put pressure on pump prices in the region and could send domestic crude prices higher this week.