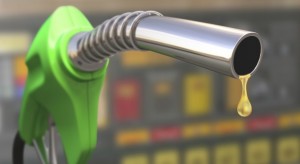 As COVID-19 case numbers surpass 4 million, demand for gasoline is weakening across the country.

The latest Energy Information Administration (EIA) demand reading measures at 8.5 million b/d, which is about 11% less than a year ago.

“Pump prices are mostly pushing cheaper across the country as gasoline demand wanes over the past few weeks,” said Jeanette Casselano, AAA spokesperson. “Gas prices are likely to fluctuate throughout the rest of the summer due to COVID-19 concerns, with the national average possibly reaching $2.25.”

Today’s national average ($2.18) is one cent more than last month and 56 cents cheaper than last year. Motorists can find gas for $2.25 or less at 70% of gas stations across the country.

Motorists in the Mid-Atlantic and Northeast region are saving, on average, 55 cents a gallon compared to last year. Connecticut (-68 cents), New York (-61 cents) and New Jersey (-61 cents) have the largest year-over-year difference in the region and land on the yearly differences top 10 list. On the week, only a handful of states in the region saw gas prices increase and at two cents at most: Maryland ($2.28) and Delaware ($2.24). North Carolina (-4 cents) saw the largest decrease.

With a 3.4 million bbl draw, the region’s stock levels dip to 67.6 million bbl. While measurement levels have not been this low since the end of March, stocks sit at a 9 million bbl year-over-year surplus, according to EIA data. Stock levels have steadily declined for one month, which has contributed to low volatility at the pump. Pump price savings are expected to continue into August, especially with low demand amid COVID-19 travel restrictions in the tri-state area.

Gasoline stocks held steady at 7.6 million bbl. This measurement level is typical for the summer season. While many regions have seen demand destruction caused by COVID-19, the Rockies region has seen the least impact of all regions this summer versus last summer. Offering options to socially distance in the outdoors, tourism continues in the region, though at a lower rate than a usual summer.

Gas prices are as much as three cents cheaper across the South and Southeast region compared to last week with Texas ($1.88), South Carolina ($1.89) and Florida ($2.05) seeing the biggest savings. These three states also land on the top 10 list for largest weekly changes in the country. In the region, state averages range from $1.83 to $2.05, which are among the cheapest in the country.

Replenishing last week’s draw, stocks built by 2.1 million bbl in EIA’s latest report -pushing levels up to 89.7 million bbl. That is nearly 5 million bbl ahead of last year and 10.5 million bbl above the five-year average. This healthy level of supply will continue to help keep gas prices cheaper than last summer.

Motorists in the Great Lakes and Central states are seeing savings at the pump on the week. With a decrease of as much as a nickel, these states land on the top 10 list for largest weekly decreases: Michigan (-5 cents), Indiana (-4 cents), and Wisconsin (-2 cents). At $2.36, Illinois carries the most expensive average in the region and Missouri ($1.90) has the least expensive.

After a one-week build, stocks declined by 600,000 bbl to push total levels back to 50 million bbl. Since late May, when many states started to re-open, regional stocks have declined by 5 million bbl, according to EIA data. Total measurement levels are reflective of the typical summer time in the region.

At the end of Friday’s formal trading session, WTI increased by 22 cents to settle at $41.29 per barrel. Domestic crude prices increased due to a slight decrease in the value of a U.S. dollar. However, crude prices could fall this week, since EIA’s weekly report revealed that total domestic inventories increased by 4.9 million bbl. The increase, amid falling gasoline demand, could mean that the domestic crude market is oversupplied.