AAA: Has the national gas price average peaked for the year? 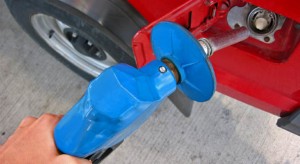 The national gas price average has pushed only as expensive as $2.20 since the beginning of the pandemic, and that happened just one month ago. In the last four weeks, motorists have seen the national average slowly decrease, down to today’s average of $2.17 despite gasoline demand last week reaching the highest measurement (up to 8.88 million b/d) since Mid-March, according to the latest Energy Information Administration (EIA) weekly report.

On the week, nearly 40 states saw minimal movement at the pump with either a one-cent or no change in their averages. State gas price averages decreased by as much as four cents: Michigan (-4 cents) and Florida (-3 cents) saw the largest drops. Meanwhile, a dozen states saw an increase at the pump. These were mostly minimal jumps except for Indiana (+5 cents) and Wisconsin (+4 cents).

Across the country, 72% of all stations are selling gas for less than $2.25 and 41% have gas under $2/gallon.  EIA measures gasoline stocks at 247 million bbl – a 12 million year-over-year surplus – for the week ending August 7. This extremely healthy supply amid lower seasonal demand is paving the way for one of the lowest annual gas price averages this decade.

Today’s national average is three cents cheaper than last month and 45 cents less than a year ago.

At the end of Friday’s formal trading session, WTI decreased by 23 cents to settle at $42.01 per barrel. Crude prices ended the week lower after the International Energy Agency reduced its outlook for 2020 global oil demand to 91.9 million b/d from 92.1 million b/d. Reduced demand for gasoline and other transportation fuels, including jet fuel, have pushed global crude demand down. As new coronavirus infections increase worldwide, global demand will likely continue to decline and contribute to further reductions in crude prices this week.