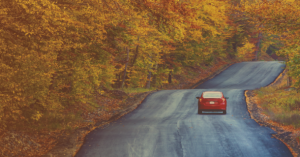 “Typically, cheaper gas prices are an incentive for people to travel during a holiday weekend, but that is just not the case this year,” said Jeanette Casselano, AAA spokesperson. “AAA forecasted a decrease in Thanksgiving travel year-over-year due to increasing COVID-19 positive case numbers, renewed quarantine guidelines and the latest CDC guidance. All of this has prompted Americans, who had plans to travel, to reconsider spending the holiday at home.”

Today, nearly half of all states have gas price averages that are 50 to 75 cents cheaper than a year ago. West coast states are seeing the biggest year-over-year savings, while the majority of southern states’ averages are $1.99/gallon or less.

In its latest report, the Energy Information Administration (EIA) measured demand, for the week ending November 13, at 8.2 million b/d. That is not only a weekly decrease, but the lowest demand reading since mid-June. As demand dipped, U.S. gasoline stocks increased to nearly 228 million bbl. Americans can expect gas prices to continue to push less expensive heading into December. At the close of Thursday’s formal trading session, WTI increased by 41 cents to settle at $42.15. Domestic crude prices increased last week amid growing market optimism that a vaccine for the coronavirus will be available by the end of 2020. However, as infection rates increase — alongside new measures imposed by states meant to decrease transmission of the virus — crude prices may decline this week due to falling demand. Additionally, the EIA’s weekly report revealed that total domestic crude inventories grew by 800,000 bbl to 489.5 million bbl last week, signaling that production may be outpacing demand.