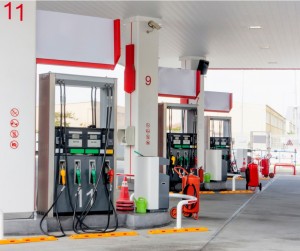 The national gas price average has steadily declined for seven weeks, pushing the average cheaper by 61-cents to $1.86 today. During this timeframe (since late February), U.S. demand for gasoline has decreased 44% to 5 million b/d as gasoline inventories build across the country.

“We are seeing fast and furious gasoline demand destruction. The latest data reveals demand levels not seen since spring of 1968,” said Jeanette Casselano, AAA spokesperson. “Every U.S. region is seeing builds in gasoline inventories and crude storage, which is just driving pump prices even cheaper.”

On Sunday, the Organization of the Petroleum Exporting Countries plus (OPEC+), led by Saudi Arabia, announced historic global crude productions cuts – nearly 10 million b/d in May and June.

“While the production cut is historic, it’s likely to not have an immediate impact on pump prices given the ongoing impact the COVID-19 pandemic continues to have on crude oil prices and gasoline demand,” added Casselano.

At $1.86, today’s national average is 6-cents less than last week, 44-cents cheaper than a month ago and nearly $1 less than a year ago.

Motorists in Michigan and Minnesota are seeing significant savings at the pump on the week, month and year. Both states land on the respective top 10 lists for biggest changes in the country:

With this week’s pump price declines, Illinois ($1.88) is in the only state in the region with an average more than $1.75/gallon. Wisconsin ($1.30) carries the cheapest average in the region and country.

Regional gasoline stocks measure at 60.5 million bbl – the highest levels in 14 months. The Energy Information Administration (EIA) reports for the week ending April 3, stocks built by 2.6 million bbl. Gas prices will continue to push cheaper in the week ahead even with a number of regional refiners announcing cuts to combat declining demand.

The EIA’s latest report shows regional gasoline stock levels at nearly 82 million bbl. That is a nearly 4 million bbl year-over-year surplus during a season that typically sees high volumes of demand. Late last week there was an explosion and fire at Valero’s 135,000 b/d in Meraux, Louisiana. The extent of the damage is unclear, but this type of event would typically put some pressure on local or state prices. However, given the current environment, any loss of production is likely to not have an impact at pumps.

Mid-Atlantic and Northeast states are seeing gas prices decrease, but at a slower rate as compared to neighbors in the South and Mid-West. On the week, these states saw the largest declines in the region: Washington, D.C (-8 cents), Vermont (-6 cents), Connecticut (-6 cents), Rhode Island (-6 cents) and West Virginia (-6 cents). Gas prices now range from as cheap as $1.71 in North Carolina to as expensive as $2.25 in New York.

On the month, motorists in the Mid-Atlantic and Northeast states are seeing a savings at the pump between 27 to 49 cents. Vermont (-49 cents) and Maine (-45 cents) have the largest month-over-month difference.

Gasoline stocks continue to build in the region according to the latest EIA data. For the second week stocks saw a significant increase. This time 4.6 million bbl to push total levels to 70.5 million bbl – which is the highest level recorded by the EIA for the region in decades. As motorists in the region continue to stay at home, especially with the Center for Disease Control urging residents of New York, New Jersey, and Connecticut to refrain from non-essential domestic travel, the region can expect to see  pump prices push cheaper as stocks to continue to increase.

Three states in the Rockies region now have averages less than $2/gallon: Wyoming ($1.98), Montana ($1.90) and Colorado ($1.85). With a 17 cent decrease on the week, Idaho ($2.02) is close to joining the sub-par $2/gallon list. The state also saw the largest decrease in the region and the second largest in the country. Motorists in Utah ($2.17) are seeing gas prices decline, just not as fast as neighboring states.

For a second week, gasoline stocks increased. Total levels are now at a very health 9.4 million bbl – one of the highest measures on record. Stocks built as people are staying at home. Which is a reason regional refinery utilization is down to 71%, an unusually low rate reported by the EIA. Gas prices will continue to push cheaper, but the rate could slow at which they are decreasing.

According to EIA’s latest weekly report, total gas stocks in the region increased from 34.06 million bbl to 34.9 million bbl last week. The increase in supply, alongside low crude prices and demand, will likely help to push pump prices lower in the region this week.

At the end of Thursday’s formal trading session, WTI decreased by $2.33 to settle at $22.76 per barrel. Crude prices were volatile last week, during the run-up to OPEC’s historic agreement with its allies, including Russia. The group met to discuss global crude production cuts of up to 9.7 million b/d for May and June 2020. Under the new production reduction agreement, OPEC and its allies expect total global oil cuts to amount to more than 20 million b/d or 20 percent of global supply. Effective May 1, the production cuts are expected to ease in June, but some restrictions will remain in place through April 2022.

Crude prices will likely remain volatile this week, as the market assesses if the production cuts are sufficient to hold back growing global crude inventories as COVID-19 continues to push down demand.