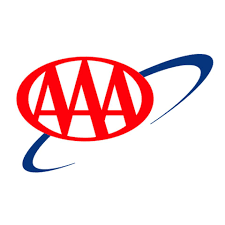 State gas price averages increased for less than a dozen states in the last week, but they were large enough jumps to push an increase to the national average. At $1.78, today’s average is a penny more expensive than last week, 16 cents less than a month ago and $1.11 cheaper than last year at this time.

On the week, the Great Lakes and Central region saw double-digit increases in a few states, but the bulk of the country saw decreases of a nickel or less. Pump price fluctuation will continue across the country in coming weeks, especially as more states re-open and motorists begin driving more.

After nearly eight weeks of some of the largest pump price declines in the country, many of the Great Lakes and Central States have seen significant increases in the past week. Wisconsin (+27 cents), Ohio (+19 cents), Indiana (+16 cents) and Michigan (+13 cents) top the charts for the biggest weekly increases in the country, all with double-digit jumps. However, increases are not universal for the region. A handful of states are seeing gas prices continue to decline, just at a few pennies on the week.

While regional gasoline stocks decreased for a third week, refinery rates jumped from 65% up to 72% in the Energy Information Administration’s (EIA) latest report. Refineries could be increasing production ahead of a number of Great Lakes and Central States phasing in business reopening, which is also one factor contributing to this past week’s gas prices. Motorists in the region can expect prices to continue to increase in the coming week, although how much will vary by state from pennies to a dime or more.

On the week, pump price averages in the South and Southeast region are two to three pennies cheaper. Oklahoma ($1.37) and Arkansas ($1.39) carry the cheapest averages in the country with Mississippi ($1.48), Texas ($1.49) and Tennessee ($1.54) rounding out the top 10 list of least expensive averages.

The EIA reports regional refinery rates may have only jumped 1% to 74%, but gasoline stocks built by 1 million bbl. The South and Southeast region now sits at 88.1 million bbl – the highest level since the end of February. With healthy stock levels and the bulk of states in the region with partial reopening underway, motorists in the region could see gas prices start to increase in the week ahead.

After weeks of steady gasoline stock increases, the EIA reports a decline of 1.3 million bbl to total regional levels at 72.5 million bbl. Regional refinery rates are steadily building back towards 50%. In the week ahead, the majority of the region is likely to see gas prices hold steady or minimally decline as the bulk of states continues to keep stay at home orders intact.

Compared to one month ago, Idaho (-44 cents), Utah (-31 cents) and Wyoming (-26 cents) have among the largest differences in pump prices in the country.

Regional gasoline stocks saw a modest 300,000 bbl decline while refinery rates held steady. According to EIA data, total gasoline stocks sit at 8.6 million bbl, which is the lowest level for the region since early January.  With states within the region starting to phase in re-opening businesses, gasoline demand could increase, driving another week of stock decreases and lead to the potential of more expensive gas prices.

At the end of Friday’s formal trading session, WTI increased by 94 cents to settle at $19.78 per barrel. Crude prices increased last week amid growing market optimism that an oversupply of crude may be beginning to decrease, as demand for gasoline moves up and the 9.7 million b/d production reduction agreement between the Organization of the Petroleum Exporting Countries and other major crude producers, including Russia, takes effect this month and next month. For this week, crude prices may continue to rise if EIA’s report this week shows continued growth in gasoline demand and crude production and storage data show that global rebalancing efforts are helping to stabilize the market, as global crude demand remains low due to the ongoing COVID-19 pandemic.

Paycheck Protection Program (PPP) may run out of money before deadline