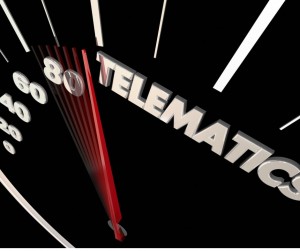 CAMBRIDGE, Mass.–(BUSINESS WIRE)–Research shows that 63% of U.S. consumers are open to changing their current auto insurance policy for one with a telematics-based premium, according to a new report jointly published today by Cambridge Mobile Telematics, the world’s leader in mobile telematics, and the IoT Insurance Observatory, a global connected insurance think tank.

The research report, entitled “Attractive UBI Business Models for US Consumers: The future of auto insurance will be telematics-based, mobile, and enriched with services,” details the results of a recent wide-spread survey of U.S. drivers and their attitudes toward usage-based insurance (UBI).

In order to have a comprehensive gauge of attitudes worldwide within the report, CMT and IoT Insurance Observatory launched three series of surveys, between June 2017 and January 2020, that collected responses from 2,500 respondents across all 50 U.S. states, as well as France, Italy, Mexico, Brazil, and the United Kingdom.

According to the report, many drivers are ready to work with insurers to price their insurance based on how they actually drive, instead of traditional insurance rating factors like zip code, age, gender, etc. This sentiment has only increased since the COVID-19 pandemic has drastically changed driving patterns. As of now, only 5% of U.S. drivers use a telematics-based policy, showing a significant disconnect between consumer interest and current offerings.

Some additional findings include:

“The technology that the insurance industry has available to them today is enabling substantially more consumer friendly and innovative solutions, making insurance more cost effective and valuable for drivers,” said Ryan McMahon CMT’s Vice President of Insurance and Government Affairs. “This report highlights the consumer’s view of the ongoing evolution within the insurance industry.”

“Our research has challenged some myths about telematics in auto insurance,” added Matteo Carbone IoT Insurance Observatory Founder and Director. “I hope this will contribute to the emergence of telematics programs, and demonstrate how they are more able to satisfy the policyholders, to deliver adequate profitability to US Insurers, and to make streets safer.”

CMT’s mission is to make the world’s roads and drivers safer. Since its first product launch in 2012 that pioneered mobile usage-based insurance, CMT has become the world’s leading telematics and analytics provider for insurers, rideshares, and fleets. CMT’s DriveWell platform uses mobile sensing and behavioral science to measure driving risk and incentivize safer driving, while its Claim Studio reduces the claims cycle time with real-time crash detection, crash reconstruction, and damage assessment using telematics and artificial intelligence. CMT has over 50 active programs with insurers and other partners, improving safety for millions of drivers every day around the world. Started based on research at MIT and backed by the SoftBank Vision Fund to fuel its rapid growth, CMT is headquartered in Cambridge MA. To learn more, visit www.cmtelematics.com and follow CMT on Twitter @cmtelematics.

IoT Insurance Observatory is a think tank created and managed by Matteo Carbone, which has aggregated almost 60 organizations between North America and Europe. The members include CMT, six of the top 15 U.S. P&C insurance groups and 11 of the top 30 European insurance groups. The Observatory is about connecting people and ideas in order to spread the innovation culture over into the insurance space. Its focus is on the usage of IoT data in the insurance sector, and over the past four years, it has worked directly with players accounting for more than 80% of global IoT insurance volumes (number of insurance policies with auto telematics, smart home, and connected health/life).