The candidates profiled on the following pages comprise the official ballot for the 2018 elections for the Automotive Service Association’s (ASA) national board of directors. All regular members in good standing with ASA are eligible to vote for one position of general director and mechanical members may vote for the ASA Mechanical Division director (division assignments are made at the time a member joins ASA). Voting will be conducted Feb. 15-March 15, 2018.

The candidates for general director and Mechanical Division director will be listed in alphabetical order on the online ballot.

After accessing the designated voting site, you will be asked to enter your Member number. After you’ve entered this information, you’ll be directed through the voting process. If at any time you experience a problem, please call ASA-National at (817) 514-2900 for assistance.

Do not attempt to print and mail the ballot. You must enter your choices at the designated voting site. And as with most electronic voting systems, ASA’s voting process is designed to be simple, quick and easy to use.
When voting begins on Feb. 15, it will be open 24 hours a day, seven days a week through 5 p.m. March 15. Internet access is required to vote. If you do not have internet access, call (817) 514-2900 for assistance Monday through Friday between 7 a.m. and 5 p.m., Central time.

ASA will provide all members in good standing more details on where they can access the ballot online and how to navigate the voting process at a later date.

Election results will be announced during the 2018 ASA annual business meeting from May 2-6 in Orlando, Fla. Board officers will assume office May 6.

Elissa Larremore is a candidate for the General Director on the board of directors of the Automotive Service Association (ASA). She is the owner of CBS 1 Collision in Shreveport, La.

Larremore has been a member of ASA’s Collision Division Operations Committee since 2016. In addition to membership in ASA, she also is a member of I-CAR, WIN, CIC, ASE and the Northwest Louisiana Collision Repair Association.

Her educational achievements include a Bachelor of Arts degree from Louisiana State University and Juris Doctor degree from Baylor Law School at Baylor University.

In her own words:

“If selected, I would serve as a voice for independent repair shops. I feel that I bring a unique perspective to the board as a trained attorney and a relative newcomer to the industry. I love the collision repair industry and have developed a passion for every aspect of it, from my employees to my customers and my colleagues, to the changing technology. I would like to see the industry thrive in a rapidly changing marketplace. Independent operators face tremendous pressure to keep up with changing technology while facing the added pressure of a nationwide tech shortage. I understand these challenges facing the industry as a whole, as well as the added difficulty of the changing market dynamics for smaller operators. Just in the brief time I have been involved, technology has evolved overnight with increasingly complex telematics and repair procedures. This evolution comes from vehicle manufacturers in a race to meet CAFÉ standards and build vehicles that protect passengers from serious injury and death. Independent repairers struggle to remain profitable while keeping up with education, equipment upgrades and increased costs to repair complex vehicles. Continual, relevant education should be the priority of everyone involved in the repair process. I would like to play a part in guiding and shaping the industry for all repairers. My experience as a prosecutor and brief-writing attorney gives me the knowledge and training to work with others addressing the legislative issues affecting the industry. This is a great industry with many wonderful people who have helped guide me and push me to keep doing better. I want to give back to the people in an industry that has given my family and me so much.” 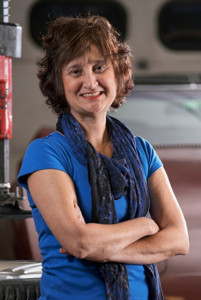 Amy Mattinat is a candidate for General Director of the board of directors of the Automotive Service Association. She is the owner of Autocraftsmen Ltd. In Montpelier, Vt.

Mattinat is actively involved in the automotive industry, serving as president of WiAC: Women in Auto Care (formerly known as The Car Care Council Women’s Board) from 2014-2016. In addition to being a member of ASA since 2013, she also has been a member of the SEMA Business Women’s Network since 2006 and Women’s Automotive Speakers Bureau since 2012. Mattinat has served as a member of the advisory panels for AskPatty.com since 2008 and Rachet+Wrench magazine for two terms.

In her own words:

“I feel that being a female with hands-on experience owning and managing an award-winning auto repair shop, and being president of Women in Auto Care for the past three years, I will bring a fresh voice to the table. I believe in our industry and am dedicated and committed to improving relationships with the motoring public, as well as helping to improve the education of ASA members to be successful shop owners and help generate interest in the next generation of technicians and shop owners.” 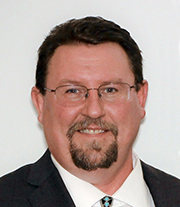 Black has been a member of the Mechanical Division Operations Committee since 2016. He has served ASA Northwest in various positions for 12 years, as secretary, treasurer and president, and in 2007 he was selected as the ASA Northwest Member of the Year. He also has served on the Bellingham Technical College’s Automotive Advisory Board, and his nonindustry affiliations include 4H, FFA and the Boys & Girls Clubs of America.

“I have served on the ASA Northwest board for the past 12 years and am completing my term as past chairman. I have served on the Mechanical Division Operations Committee for two years. I have worked with some great past leaders, who have been mentors to me, and I will continue this practice. I will take what I have learned as an active member in ASA over the past 20 years and continue to represent our membership. Maybe more than most, I understand the value of ASA membership and hope to grow our membership through the value of training, education and mentorship.” 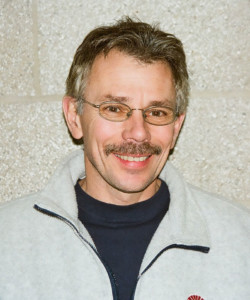 Thomas Piippo is a candidate for Mechanical Division

director of the board of directors of the Automotive Service Association.

He is the owner of Tri-County Motors in Rudyard, Mich.

Piippo is an adviser to the Mechanical Division Operations Committee. He also is a member of organizations such as Automotive Service Excellence (ASE), Mobile Air Conditioning Society (MACS) and the Lion’s Club, as well as having served 30 years as a Scout leader with the Boy Scouts of America.

“I have always believed that, together, we can do great things. Before I became an ASA member, or even knew that this organization existed, I was looking for ways to get local shops together to work toward some common goals. I quickly realized that independent businesses are truly independent and are naturally resistant to sharing information. I received a random copy of ASA-Michigan’s magazine, The Garage Key, and realized that this was the vehicle I was looking for. I quickly filled out the enrollment card and sent in my check and was soon a member of ASA. I soon became active on the state level trying to get other garage owners to ‘get it,’ to realize that together we can do amazing things instead of complaining about state laws, Department of Environmental Quality inspections and unlicensed repair shops. I sat in on the annual strategic planning meetings, became a regional director and helped plan other activities on the state level.

“I was invited and accepted to sit on the Mechanical Operations Committee in 2009. I have found it extremely rewarding to help ‘steer the ship’ and offer the insight of a small mechanical shop owner when necessary. We have worked on many projects, including the ongoing Parts Quality project, which is now in a leadership position in the parts industry. This is a big, positive step started by a small group. I have helped plan and market many of ASA’s CARS shows and have attended most shows in the past decade.”