People born in this month are the smartest, study finds

Don't worry, we've got good news for the rest of you, too. 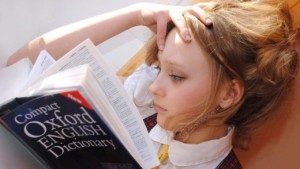 If you were born in September, apparently you are smarter than people born in any other month, and now, you have a study to back you up.

A published study in the National Bureau of Economic Research shows a clear association between your smarts and the month in which you were born.

If you were born in any other month, read on, because we have some news that may soothe your concerns.

The study, named School Starting Age and Cognitive Development, analyzed cognitive development in 1.2 million school children between the ages of 6 and 15 in Florida.

There is a bit of a caveat. The determination that those born in September had a higher grade average was likely because they were among the oldest when starting school, the study found.

Because many states require students going into kindergarten to be 5 years old before Sept. 1, those children begin school the following year, just on the verge of being 6 years old.

The study, Marie Claire reported, showed the age difference can have an impact on development. In addition, those born in August — who would be the youngest in their class — had the lowest grade average, seemingly backing up the theory.

For those not born in September, there’s no need to fret! The study also revealed that all other children will eventually catch up to their older counterparts.

NOTE: Special thanks to Dawn Jorgenson & Graham Media Group for granting us permission to publish this article.