Average interest rate on a new-vehicle loan dips below 6% for the first time all year as automakers, dealers extend model-year selldown promotions. 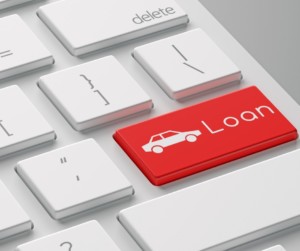 SANTA MONICA, Calif., Aug. 1, 2019 /PRNewswire/ — The average interest rate for a new-vehicle loan dropped for the third month in a row in July, hitting its lowest level of 2019. According to the car shopping experts at Edmunds, the annual percentage rate (APR) on new financed vehicles averaged 5.8% in July, compared to 6% in June.

“Rising vehicle costs and high interest rates have been placing immense pressure on the new-car market all year, so it’s nice to see shoppers get a bit of a reprieve,” said Jessica Caldwell, Edmunds’ executive director of insights. “Consumers are still in for a bit of sticker shock if they’re coming back to the market for the first time in a few years, but the fact that interest rates are trending slightly lower is helping soften the blow.”

Caldwell noted that one reason average interest rates have dipped is due to automakers and dealers sweetening deals in an effort to clear out lingering 2018 models. Edmunds estimates 3% of new vehicles sold in July were 2018 models, the highest level of outgoing model-year sales of any July in Edmunds’ records, dating back to 2002.

“The fact that there are still 2018 models sitting on dealer lots this far into the year is pretty disconcerting, but at least we’re seeing that automakers and dealers are making a greater effort to get shoppers in the door,” said Caldwell.

Looking ahead, Edmunds analysts say automakers will likely continue to offer subtle interest rate incentives over the next few months as the summer selldown season continues, but dramatic cuts aren’t likely. Caldwell also noted that the recently announced Fed rate cut won’t make much of a real difference to consumers’ wallets either.

“People might hear this news and think this means buying a car just got a lot cheaper, but in reality shoppers aren’t going to see much of a difference in their car payment from a quarter percent rate cut,” said Caldwell. “Even with this move and automaker incentives, we expect to see average interest rates lingering in the 5% territory through the rest of the year.”

More insight into recent auto industry trends can be found in the Edmunds Industry Center at https://www.edmunds.com/industry/insights.html.

Edmunds guides car shoppers online from research to purchase. With in-depth reviews of every new vehicle, shopping tips from an in-house team of experts, plus a wealth of consumer and automotive market insights, Edmunds helps millions of shoppers each month select, price and buy a car with confidence. Regarded as one of America’s best workplaces by Fortune and Great Place to Work, Edmunds is based in Santa Monica, California, and has a satellite office in Detroit, Michigan. Follow us on Twitter, Facebook and Instagram.