Discover what separates shops that have staying power from those that fall by the wayside. 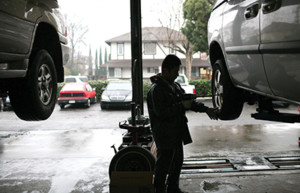 It was a cold and windy October day in 1908 when Henry Ford’s first Model T rolled off the assembly line in Dearborn, Mich. Not long after that, those Model Ts could be seen rolling down dusty roads all across America, and blacksmiths everywhere were being asked to help fix flat tires and pound out dented fenders. During those times, helping people was a way of life, which is why those blacksmiths would lay down their hammers and help the distressed travelers in their frail little Model Ts.

Blacksmiths to the rescue

Blacksmiths found they were often asked to do things that they had never done before: things like repairing a leak in a cooling system or fixing the brakes on a Model T. Although these were all complicated repairs at that time, those blacksmiths were not only able to get the job done, but history has proven that they did it for one simple reason: To help someone who was in desperate need.

As you can imagine, it didn’t take blacksmiths long to figure out the workings of Henry’s famous four-cylinder engine, and they began to realize that they could actually get paid not just for shoeing horses, but for fixing broken Model Ts. In essence, this is when our automotive service and repair industry was born.

Dawn of automotive service and repair

And then the ’20s came roaring, and gas stations and part suppliers started to pop up all across America. With more cars now on the road, and with Americans developing a new-found dependency on their automobiles, our industry began to grow in leaps and bounds. In the mid 1940s, World War II ended and all of the soldiers were coming home with a feeling that they could never fail. They noticed all of the automobiles on the road, and knew in their hearts that with a shoebox full of tools they could make a good living by simply hanging out a sign and fixing cars. This is when auto repair shops began to open all across America at a record rate, and this growth was fueled by one common belief that all of those shop owners had: If they could help other people by fixing their cars, and be paid to do so, they would have a secure future for the rest of their lives.

Not much later the ’60s came around, and cars, along with horsepower, became king. The manufacturers were pumping out cars at record rates, and many shop owners across America began to look at their shops as businesses, rather than just well-paying jobs. This was an unbelievable time in the history of our industry, as most people had cars and customers lined up literally around the block. This is also when auto repair franchises started to pop up everywhere, and independent shop owners started hearing financial terms they had never heard before – like “balance sheets,” “gross profit” and “taxable income.” At the same time, something else was beginning to take root in our industry. You see, this is when words like “profit” and “gross margins” started to become more commonplace in conversations among shop owners, and discussions about helping people began to fade.

As someone who has spent a lifetime in our industry, I can attest that our industry has been through a number of incredible changes. Now here we are in 2015, and vehicles have become far more sophisticated, mechanics have transformed into diagnostic technicians, and technology is a part of everything we do. Add to that: We now have transparency in pricing due to the web, we have to consider the explosion of social media, and the Teslas that we see on the streets today are far more than just electric automobiles: They are omens of things to come. Yet the single greatest transformation I have seen in far too many shops has to do with just two things: People and principles.

Are you focused on the right thing?

I have always believed that the overwhelming majority of shop owners have good hearts and the right intentions. But I also know that far too many shop owners today are solely focused on profits. These are the good-hearted people who have completely lost sight of their primary purpose, which is to create a customer by simply doing one thing: Helping people.

Over the years I have been lucky enough to own and operate some really great shops, and was able to do so by living by a principle of never putting money ahead of people. Could we have used techniques to squeeze more profit out of each and every customer, and could we have squeezed that last hour of productivity out of every employee? Of course, but I am a firm believer that there is a time when the quest for productivity and profits can easily transition into greed. When this does occur, shop owners ultimately discover that they have a hard time attracting and keeping good employees, they struggle to keep their service bays full, and they find it hard to pay their bills at the end of the month.

When shop owners put profits ahead of people, and when they allow greed to blur their principles, the history of our industry and every other industry since the beginning of time has consistently shown us that they will make a good amount of money in the short term, but will inevitably disappear. On the other hand, the shop owners who are committed to helping people, and to doing so in a way that would make their children proud, are the people that typically end up with shops that are successful for many years to come. If you would like to create a successful, lasting auto repair business that you will be proud of, I would encourage you to follow a different path than those who are solely profit driven. 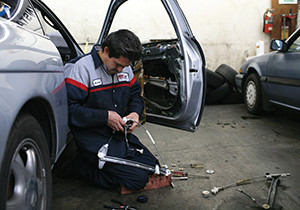 Five ‘to dos’ as owner

First of all, you will need to accept the fact that as a business owner it is your responsibility to do five things: Set the goals of the company, create the plan, hire the superstars, bring out the best in the people that work with you, and ensure the success of your company. I refer to these five responsibilities as the job description of a business owner. Secondly, you need to create a culture of ethics within your shop. You can do this by incorporating conversations about ethics into your hiring procedures, speaking of ethics during your employee meetings and reviews, and having conversations about ethics whenever the opportunity arises. Bear in mind that the culture of any organization is the glue that holds it together, and I can’t think of a single thing that would trump ethics as the focal point of a business’s culture.

As we all know, there will often be times when you or your employees will be required to make tough decisions, and you will need a method of ensuring that you are making the right decisions. At Elite we use what I simply call the “grandmother test:” Whenever we have to make a tough decision, and are unsure of the right choice, we will simply ask one another, “What would our grandmothers say?” The response to that question is always the choice that we make, because we know in our hearts that our grandmothers would never compromise their ethics.

As a prudent business owner, you will need to not only track your key performance indicators (see adjacent box), but you will need to have targets in place for those indicators as well. When setting your profit margins on each sale, I can only hope that you embrace the philosophy that just because we can charge more, doesn’t mean we should charge more. As you may have seen in other shops in your community, this is where many good shop owners get into trouble. They are led to believe that all they need to do is raise their prices, and all of their problems will simply go away. In many cases, not only is this the furthest from the truth, but once that blurred line is crossed, you can pretty much rest assured that those lost customers will never return.

The truth about the auto repair industry? The truth is that profit-centered businesses will come, and they will go. On the other hand, this industry will provide breathtaking opportunities to those who genuinely care about others, who rely on the wisdom of their grandmothers, who watch their numbers, and who never put money ahead of people. For those who follow this path, one thing is certain: They will not only build great shops that will be gifts to their communities, but they will serve as the role models we all need, for generations to come.

Editor’s Note: This article is one in a series of management articles contributed to AutoInc. by Automotive Management Institute (AMI) instructors. To learn more about AMI, its courses and instructors, visit www.AMIonline.org. AMI administers the distinguished Accredited Automotive Manager (AAM) program.